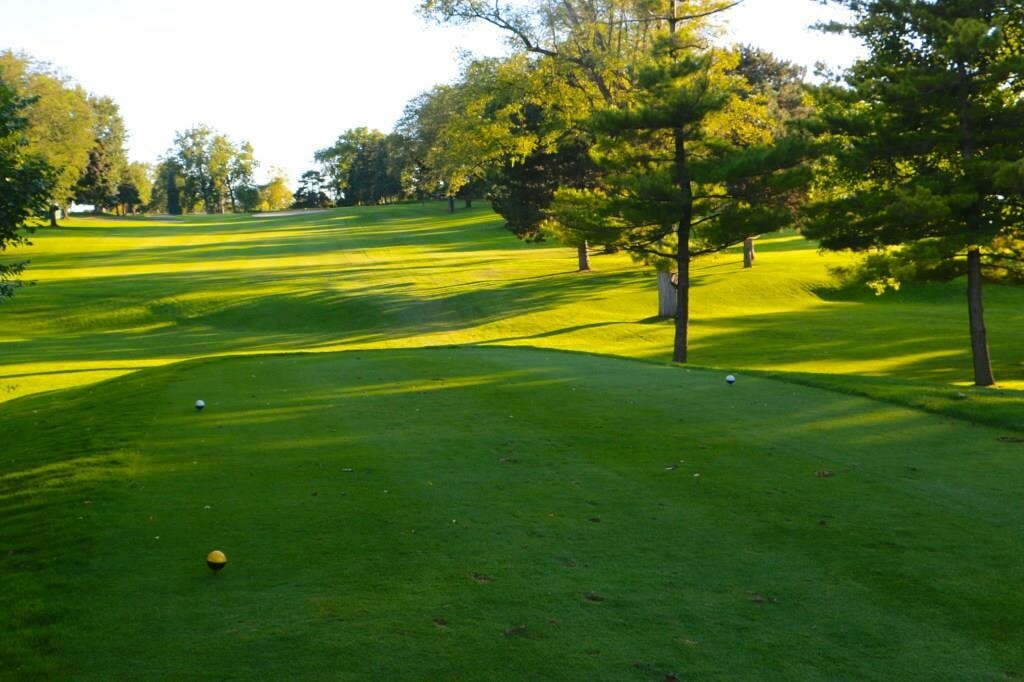 Aptly named with its five well-placed bunkers defending the green, number 8 is the shortest of the par fours. The tee shot for long hitters must avoid the two large bunkers right and left that narrow the fairway near the green. Those bunkers are a threat to others on their second shot. As with number 4/13, the steady uphill climb makes it deceptive in choosing enough club to reach the green. The pronounced back to front tilt of the green makes it truly devilish, and one is cautioned to keep the approach shot below the hole. A putt from above the hole may wind up off the front to the green. Former professional George Bowman, participating for each team on this hole during a holiday scramble, sank his tee shot not once, but twice!